At the age of 17, Kikkawa Reika was deeply impressed by the work of the Fukko Yamato-e painter Reizei Tamechika who was active during the end of the Edo period, and deeply adored Tamechika. Kaburagi Kiyokata, a master of Bijinga paintings and also a friend of Reika, wrote in his essay about Reika saying Kikkawa Reika, adoring Reizei Temechika who lived in different generation, is like Sakai Hōitsu, who adored Ogata Kōrin of the Rinpa school style.” What Kikkawa Reika and Sakai Hōitsu had in common was that they were worshiping their pioneers based on their individual tastes, regardless of their painting circles. Of course, there may have studied Yamato-e studies such as Shimomura Kanzan. However, Reika wasn’t looking at Tamechika’s paintings as a mere research material. He tried to incorporate even the personality of Tamechika into himself. This excessiveness is also common with Tamechika because he incorporated dynasty hobby into his daily life. Reika’s greedy work based on studying classics shows deep intelligence and spirit. The work that is told to be the masterpiece of Kikkawa Reika by many people is “Risō”, which was exhibited in 1925 at the 7th Teiten Exhibition for the first time in 15 years.

“Risō” is a work based on the long poem in “Soji”, which was the representative work of Kutsugen, who was a poet and a politician of Chu in Civil War period of China, and it was the most popular Japanese painting in the exhibition. At exhibitions sponsored by the government, which was stuck in a rut, such a large-scale *hakubyō-style masterpiece surprised the public and made the experts interested. Art historian Fujikake Shizuya praised this painting as “one of the most outstanding masterpieces that appeared in various exhibitions during the Meiji and Taishō period”. He said that each line was drawn with full strength and with the temperamental movement of lines, the interests of the poetry “Risō” is directly expressed as a picture.

Hakubyō: a plain painting depicted by only lines black ink without shadow or thick-and-thin lines.

What you should focus on the most is the beautiful and neat line drawing of Kikkawa Reika, who was called a “painter of lines”. Since Reika kept working hard every day, people who are watching the piece can feel the tense atmosphere from the well-controlled lines. 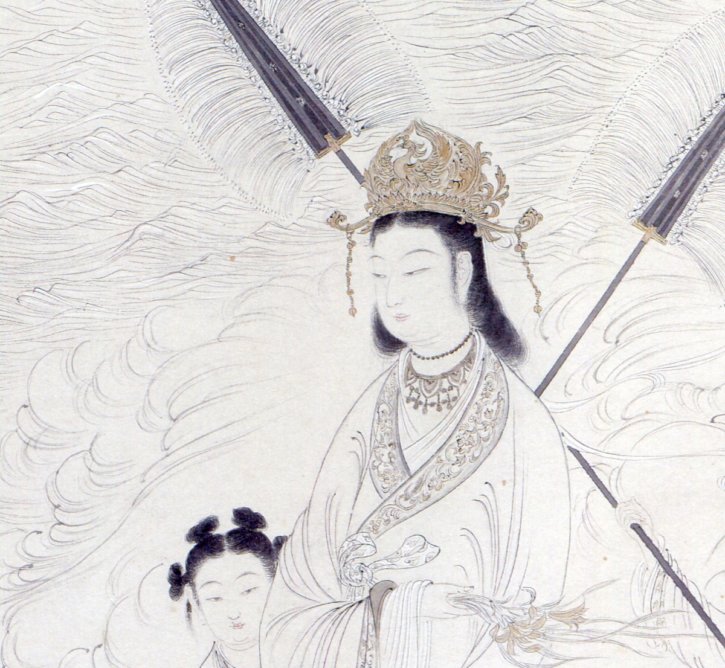 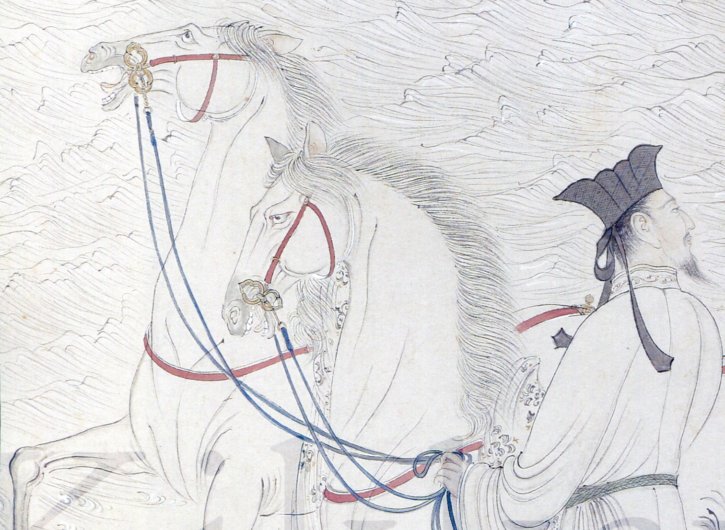 Later, according to Reika’s wife’s reminiscences, the production period of “Risō” was about a week. Reika, who usually has a chat for a long time when there are visitors, made his wife refuse visitors at the entrance during this time, and drew for five days without sleeping with only a memory of a little sketch. The lines were drawn with not only by the elbows and hands but with the whole body. When he drew a long line, he was full of sweat, and the wife needed to wipe his sweat off every stroke. By the time the work was completed, the face of Reika looked completely worn out, like a sick person. It can be said that this work, which Reika drew with his whole spirit, is the culmination of the Kikkawa Reika’s art which is based on the study of Yamato-e, including the Tosa school.

Surugadai Branch of the Kanō School

Gōkura Senjin: The Master of Kachō-ga (Painting of Flowers and Birds) and a Buddhist Painting Who Lived before and after the War Time.