Minagawa Kien was a Confucianist from the mid-Edo period. Trusted by many feudal lords, he opened a place of scholarship called the ‘Kōdōkan’ in Kyoto with their support. The 3000 apprentices that Kien had were not only ordinary people, and included daimyōs as well.

Although Kien tends to be spoken of as a scholar, he was also extremely skilled in painting. He first learned to paint from Mochizuki Gyokusen (望月玉蟾), later studied Maruyama Ōkyo, and mainly created Nanga paintings. His strengths were exceptional when it came to Chinese-style landscape paintings, he was influential enough to be considered as a painter that was as skilled as his master Ōkyo. 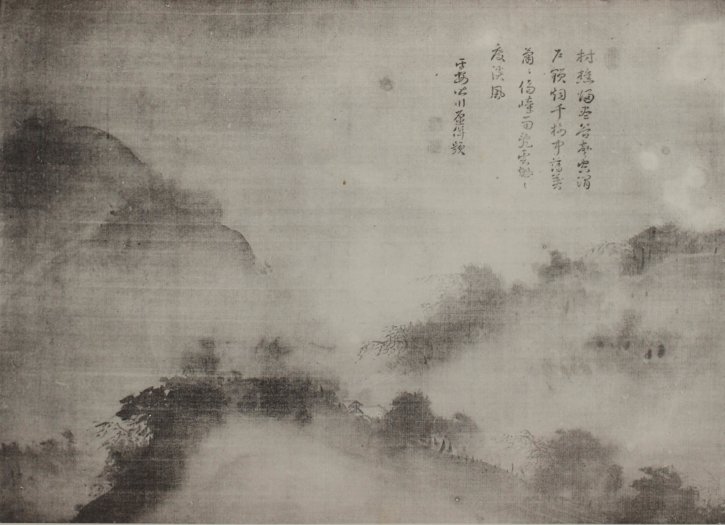 He furthermore poured his energy into flourishing the art scene. From 1792 to 1798, he held exhibitions in Higashiyama (Kyoto) for new calligraphy paintings every year in the spring and autumn.

The Nijō Castle is a must-see tourist at ...

Differences between the Maruyama School and the Shijō School

The words "Maruyama-ha school" and "Shij ...

Picture of Butterfly on the Morning Glor ...

Anecdote of Takeuchi Seihō: A Gift for the Doctor