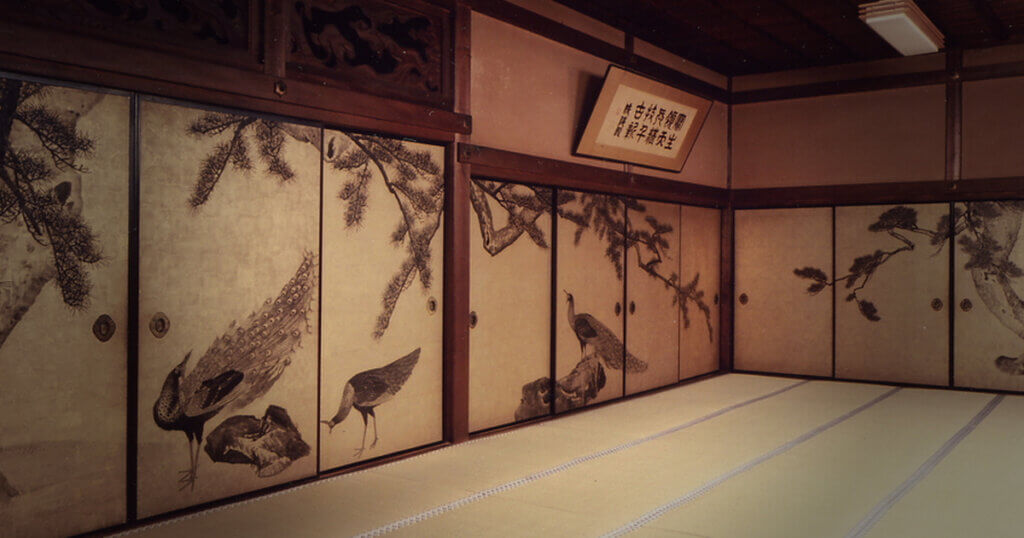 Maruyama Ōkyo was a genius painter active in Kyoto in the mid-Edo period of the 18th century.

In Kyoto in the 18th century, many genius painters such as Itō Jakuchū, Soga Shōhaku, Ikeno Taiga, Yosa Buson, Matsumura Goshun and Nagasawa Rosetsu competed with each other, but the king of them all was Maruyama Ōkyo, who dominated with his realistic style and formed a school of painting.

The main painters who participated in this project are listed below. (However, Shimada Motonao’s work is currently missing).

All were painted on the sliding doors and listed as national important cultural properties, and this is why the Daijō-ji temple is also known as the ‘Ōkyo temple’.

In early September 2022, about 45 paintings by Maruyama Ōkyo were returned from storage to the original guest hall at this Daijō-ji temple for the first time in 13 years. They will be on special display until next spring.

The Tajima region, where the Daijō-ji temple is located, is known for its heavy snowfall, and in order to protect these sliding door paintings from disasters and corrosion, the temple replaced them with digital reproductions in 2009 and stored the originals in a storage room.

It is said that Ōkyo even considered the opening and closing of the sliding doors and the harmony with the surrounding landscape, and composed the guest hall itself as a grand religious space.

Along with the ultra-high-resolution digital data recording of the Buddhist space in the guest hall with the original objects, the Daijō-ji temple has decided to open the space to the public on a special occasion until 15 March 2023.

The original paintings of the Peacock Room, Japanese Banana Room and Landscape Room, which were painted by Okyo himself, can be seen.

Yamasoba Shinnō, aged 69, deputy chief priest of the Daijō-ji temple, said: ‘We may not have another opportunity to experience the actual guest room while we are still alive. I hope that visitors will be able to feel what kind of thoughts and feelings Mr. Ōkyo put into his paintings.’

*Bus or taxi will take 5~10 minutes to reach the Daijō-ji temple.

In winter, transport and other services may be affected due to snow.

The special exhibition is open until 15 March 2023.

Itō Jakuchū was an unconventional painte ...

Japan Art News | Almost Sold Out on the First Day! The National Treasure Exhibition at the Tokyo National Museum Is Amazingly Popular!

The National Treasure Exhibition at the ...